I'm going to say seven things that are true, this week, about Anthony.

Onward to this week!  Wish us luck and I am still asking for prayers that we get his dog sooner rather than later.

This video!  My friend Eileen, my friend from high school, sent me this on Facebook and I just love it.  I love this kid and his voice.  The brother reminds me of Anthony, he has similar mannerisms.  I hope and pray so many things for Anthony - I hope he survives his childhood, I hope he doesn't learn to climb the damn fence and drop six feet, I hope he gets to be 100% toilet trained, I hope he learns to communicate and alleviate some frustration from his life.  I hope he can learn a little bit more so that he can someday write and type and express himself.

But I also hope that Maria and Anthony could have this kind of relationship, or Anthony and Veronica or maybe even far apart Anthony and Felicity.  I know those girls love him so much, and I know he loves and is intrigued by them but eventually the girls are going to want more, right?  I don't know, I never had a brother like Anthony, I don't know what's going to happen.  But I know that there is a reason that Anthony has three sisters and I hope that reason is because they are going to love him and care for him.

Anyway, this video is so nice and SO much better than certain Ted Talks with certain spoiled selfish siblings talking about how horrible their life was with their autistic brother.  It's really beautiful and it fills me with hope.  I look at that kid sitting with his brother at Dunkin Donuts, standing on the beach, not climbing on tables, not running into the surf, and I think maybe.  Maybe some day Anthony will slow the hell down and not always be climbing on tables, running away from us, maybe.  I know I am hanging a lot of hope on this dog working out but I am going to continue to hope that that is a thing that happens for us.  I have been on the lookout for so long I am starting (?) to get sort of weird.  I would love to relax a little, I'd love for him to relax a little bit.  I am asking for prayers and hope that we get a dog for Anthony sooner rather than later.  I am wracked with guilt that I didn't do the application sooner.

My wrapping it up skills are wanting, I know, so I'll post a link to the great video again.  Here!  Go watch it!  Bring tissues!
Posted by Joanne at 10:05 AM 1 comment: 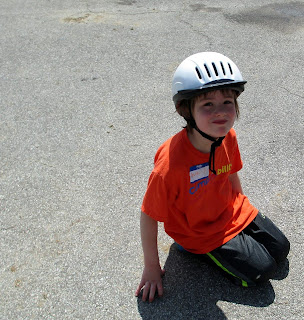