We wrote a letter for our final update, they have 45 days to respond.  It's so depressing - this is supposed to be an external appeal, but we have to send it to Anthem and then THEY send it to the external appeal people.  Does that seem sketchy to anyone else?  Whatever, I'm sure we'll lose but we have to try.  If we do lose we are going to sue Anthem, and I'm guessing we'll lose that too but at least it will give us a chance.  The Department of Insurance here in Indiana wrote to us and said that they were sorry but they had done all they could do, which as far as I can tell, was writing to Anthem and saying hey um, Joanne says you have done her son wrong and then Anthem wrote back and said, basically, nuh-uh, and they said oh, sorry, my bad.  Anthem owns the whole state, as far as I can tell, so we are never going to get anything done with just our word, or with the autism mandate.

Anyway.  We are moving along on the medicaid piece, hopefully the respite care company place is identifying staff, to use their words, and we can get someone in place.   We haven't heard anything about the dog but I am still praying that it's soon.  I know that Anthony's dog is out there but that is literally all I know about it.  I mean, I believe that this is going to be a great thing for Anthony, that there is a dog who is a good match for Anthony but I just wish I knew when.  WHEN LORD, WHEN?

We are at a pretty low point right now, with Anthony.  I am just hoping, as usual, that it is the darkness before the dawn and that things will get better soon.  I love him so much and I just have to hope that's enough. 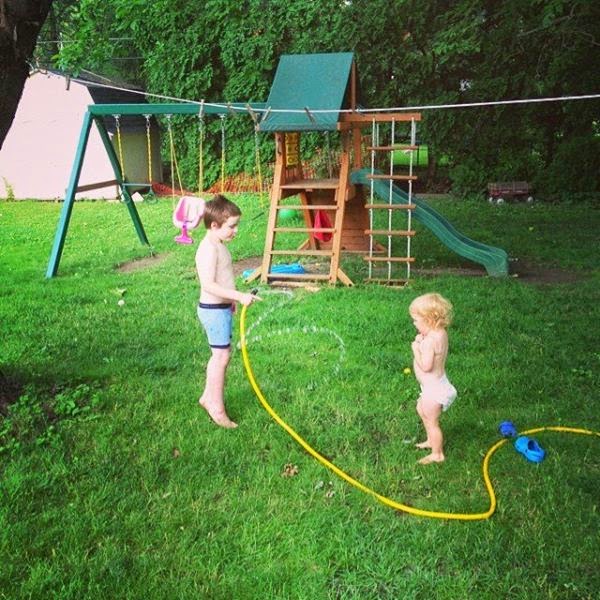 Sometimes I get really mad at Anthony. Not at our situation, but actually at him. We have been writing letters and calling people and trying to get this appeal done and still, still he goes out and poops in the yard. I mean really.
Posted by Joanne at 8:58 AM No comments:

I asked the kids today what their favorite thing about Mike was and Felicity said, he goes to work.  She always says that, though, so she might just be babbling.  Veronica said I forget and Maria said he is so funny and tells good jokes.  I asked Anthony but he didn't answer but I bet there are so many things that are Anthony's favorite, he couldn't even say them all.

This morning, I wanted to make Fathers Day easy on Mike, he made me breakfast in bed on Mothers' Day and I went to get a pedicure and everything!  So when Veronica came in at 7:11 or whatever the hell early hour it was, I got up with her.  We came downstairs and soon Felicity woke up, and we went to Dunkin Donuts where I got Mike a maple frosted donut and iced coffee.  I was going to make eggs but his eggs are so much better than mine and I can never do anything with Veronica and Felicity on my leg, so I went the donut route.  Anyway, when I got home Mike went up to change clothes and get ready for church and then I heard the bath running and it took me a minute but I was like, um, the only reason Mike would be running the bath in the morning is if Anthony had a poop incident and ugh hoo boy it was a mess.  Mike had our friends over last night to watch the Italy v. England World Cup game and ordered pizza and he said Anthony ate a ton of it and I guess it made him a little sick.  Anyways, the point is, there he is, running a bath for Anthony and taking care of biz as usual.  So probably one of Anthony's favorite things about Mike is his willingness to just roll up his sleeves and take care of any mess he makes.  There are a ton of them, Anthony spills water on the floor just to see what will happen (what happens is it makes a giants mess), he takes tons of pretzels and eats one out of every 20 and the rest have to be cleaned up.  I couldn't count how much stuff he does for Anthony.

Another favorite thing about Mike, I bet, is that he is endlessly patient and it's necessary, because of Anthony's thing lately where he is grabbing or kicking us.  Mike is always, always the one to bathe and dress Anthony so basically every night lately Anthony grabs at or kicks Mike, takes his glasses, laughs maniacally in his face and although it drives us both nuts, Mike just gets the job done.

Another thing Anthony loves about Mike, I'm sure, is that he takes him to swimming every week.  He drives him there and walks him in and then when he is done, he takes him to the locker room and dries him off and gets him dressed and brings him home, mostly getting grabbed or kicked and then comes home and does it ALL OVER AGAIN for the bath!

Mike fights for Anthony, we are both fighting the stupid insurance company but Mike is the one going to the appointments with Social Security, faxing the stuff to Medicaid, writing emails which are better written than the ones that I could write.  Mike and I both have gifts when it comes to writing but my writing is more of the boo hoo hoo variety and Mike's is more of the heretofore of the previous engagement law law law very sincerely yours variety.  His writing talent serves us better here lately than mine does, as you can imagine.

Anthony probably doesn't appreciate this about Mike, but I do - he does everything he does for Anthony and for all of us, and he also, as Felicity pointed out, 'goes to work' every damned day so that we can have somewhere to live, cars to drive, food to eat, everything!  Not only does he go to work every day, but he does it all the while with me complaining about him going to work and leaving me alone with these lunatics, ha!  He is really patient, he is so kind and nice - not just to Anthony or with Anthony but with the three girls and also, probably mostly, with me.  He has had reasons, over the last ten years, I'm sure, to lose his temper with me and to get mad but he never does.  He is the best dad anyone could have and he is the best husband I have ever had (ha ha but seriously), we are all so, so lucky.