I am just sitting around because I have off today and I don't feel that good so I figued I'd update some blogs.  Anthony is doing okay, except he hurt his toe and I had to take him to the ER.  It was two weeks ago today, I stayed at the girls' school for a few minutes after I dropped them off so I didn't see Mike and Anthony before they left.  Mike called and said that Anthony's big toe was really bothering him and it looked horrible, then when I went to pick him up, his toenail looked sort of lifted (ugh) off his toe and his therapist John said he had mostly stayed in the cube all day.  So I was driving home, I had a  babysitter for Felicity so I asked if she could stay later and she said she could so I took him the ER.  I was worried that something was broken or infected.  He did pretty well at the ER, although all they did was take a few xrays and determine nothing was broken.  They couldn't get a bandage on it, but they did get some Bacetracin on it and assured me nothing was going to get infected, so that was good.  But he missed OT because we were there for 90 minutes for basically one minute of seeing a doctor, five minutes with a nurse, and maybe seven minutes with the xray.  Whatever.  Once the toenail feel off, it was better (ugh) but now he has messed up the other one!  I guess he is kicking his door?  So I am going to figure out a way to put some kind of cushion on the back of his door.  It is always something, I wish I were more creative or handy.  Here's some pictures: 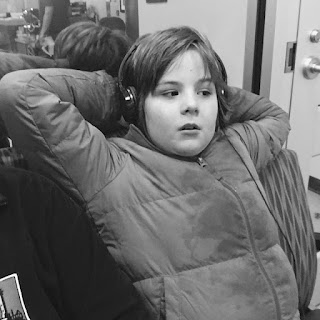 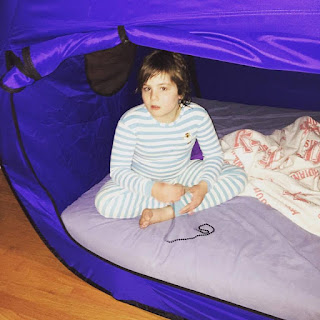 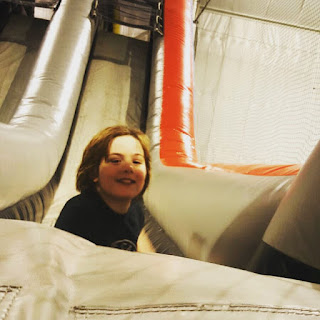 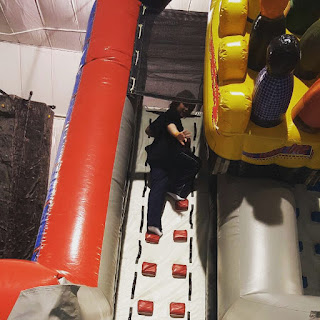