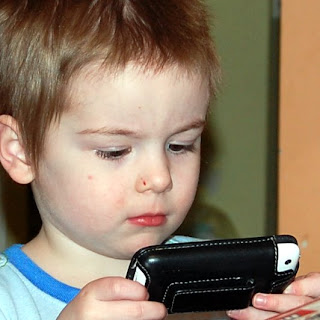 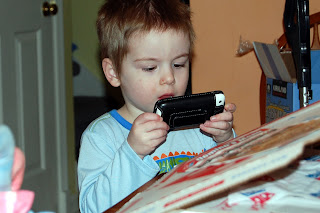 Watching The Wiggles on Mike's iPhone. I would love to say what a good night he had. BUT I CAN'T because he is the devil! At 4:30, he started rattling his door and he has not been back to bed. I went to get him at 6:00 and he had turned on his overhead light, so I guess our thought that maybe he'd go back to sleep was a stupid one. We have to remember to turn off his light at the lamp so he can't turn it on, or else figure a way to make him get shorter instead of taller. Maria slept until almost 7:00 and Mike said, and it's true, it would be SO NICE if just one day, they could BOTH sleep late(r).