There must be something nice to say, right? It can't be all bad.  We got Anthony some boots for Christmas and they fit but he kind of hates them.  We have to move him into some shoes that aren't Crocs, because he was barely putting his foot in them, it's winter, etc., you know, things were just bad with the shoes.  So.  I got him these boots and they were okay but not great because he'd wear them and 'tolerate' them at Little Star but he'd always pull his foot out of one and sort of walk on the sides of his feet and I was worried he'd trip.  Elizabeth, his respite girlfriend, took him to try on sneakers on Saturday and although we didn't end up going with the pair that she bought we were able to find a EXTRA WIDE (4E!) size nine pair of sneakers from Penneys and he is wearing them today.  So maybe that will be good.  I want him to be comfortable but he also has to wear shoes of some kind!  So I hope it works out.

He's in a good situation with speech and occupational therapy.  They each see him separately and then co treat for a while every week and it seems to be going well.  I like both of his therapists and they send me an email every week to say what they are working on.  His speech therapist is the same as Veronica's, and he has speech on Tuesday and her Wednesday but she REALLY didn't like me talking about Anthony on her time so now I get an email and everyone is happy.  Happier.  Ha!

My Uncle Leo send the kids gift cards for Christmas, and my Uncle Kevin sent money for them so we got some new clothes for Anthony, some long sleeved shirts and they are really cute.

He can be very affectionate, he does this thing where he holds and caresses your face.  He does it to me, Mike and sometimes to his therapists and it's very endearing.

Elizabeth, his respite girlfriend, is very nice and things have been going well.  Because I am making a positive spin on things, I won't mention that he threw his iPad out the window this weekend when he was out with her and we lost it forever.  Live and learn, I guess, we should have told her to keep the windows shut, especially if he is in the back, ha!  I have a nice and sweet old friend who emailed me and asked me if she could send us a gift to contribute to the new iPad.  We are okay and I told her that, but that really puts a positive spin on it, right? Isn't it nice how someone is always there to be nice and wonderful? 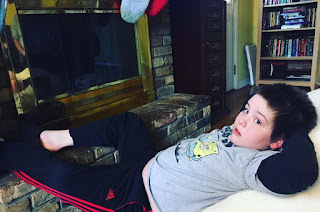 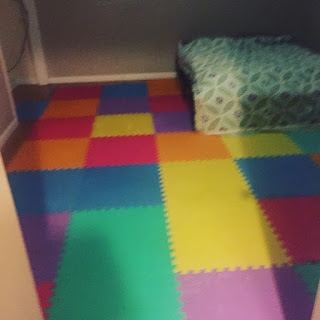 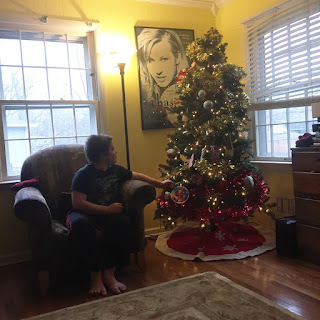 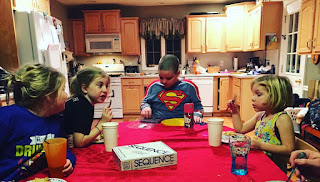 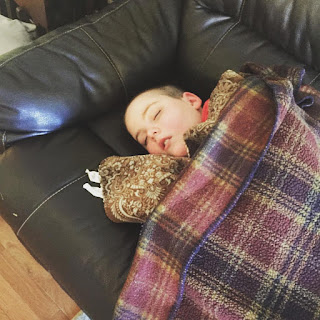 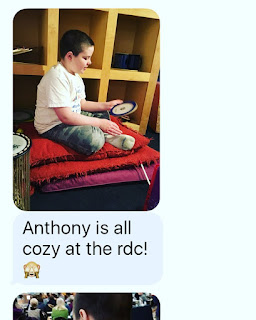 I am hoping this blog post will get me some help.  Anthony is 11 and he has lately started to really really push and punch me.  He punches and pulls my arm when I'm driving, most alarmingly and then today he slapped me full on in the face.  I have never done that to him, he has never seen that kind of behavior.  He doesn't seem upset, he seems intent on doing it.  I used to think it was a communication issue but now he doesn't seem to want anything, except to hit me! We are asking for help from his team at LSC and we are trying to work with his Occupational and Speech Therapists but so far, it is only getting worse.  It is only happening to me, which is terrible luck because I usually go get him from LSC.  Anything I search up, as Maria would say, seems to indicate my only option is to drug him but that doesn't seem like an answer.  If anyone has any real, solid experience or ideas, I'd appreciate it.  Also if anyone has any ideas about .. .what do you call it?  Sleepaway places? Nursing homes for children?  Just to type it makes me want to jump out the window.  Residential homes for children with autism, I guess.  To close, help! I need help!
Posted by Joanne at 7:41 PM 1 comment: