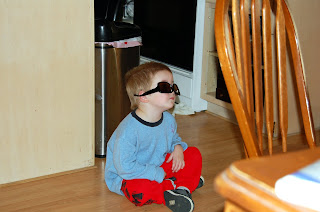 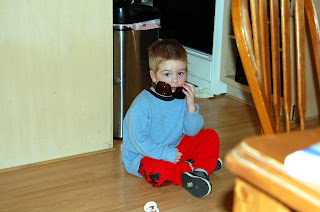 I had to buy new sunglasses, I think I might have left my old ones in the car that we traded in. Anthony was up just before seven, which was really six, but he is not doing too badly. He woke up badly but that's because I just raced upstairs and opened his door and then tried to race back downstairs to Maria in her high chair. Anthony cannot abide things moving that quickly, so he was mad. Poor Mike woke up to him yelling about it. Things are going better now but it is still only 1:35, otherwise known as FIVE hours until we start getting ready for BED.