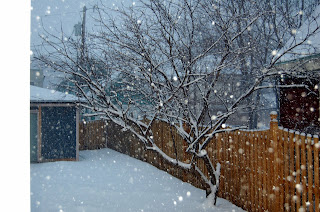 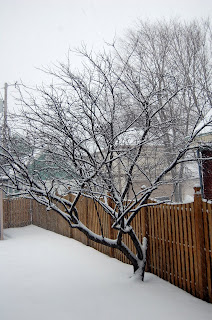 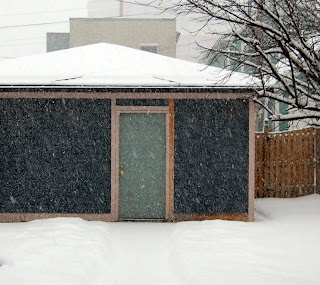 I hate to complain about Indianapolis, a city that I love so well, HA HA, but Mike and I watched the weatherman this morning say that we would not get more than an inch of snow. A "dusting to an inch" he said. There must be two inches out there now and I just saw on the Weather Channel, (which thank God is National and presumably they're doing more than just looking at the window after licking their finger or whatever our weathermen are doing) and they said we should get 2 to 4 inches. Also, there was an editorial in the paper yesterday where the Department of Public Works guy said that people should use their own "shovels and plows" (do YOU have a plow? I don't have a plow! Who am I, Chris Keller?) and DO it for THEMSELVES because the city is not up to it. They also referenced a snow removal plan that my sister and I have NEVER heard of until we moved here. They don't put the plows all the way down to the road (you know, the road that they are CLEARING) because they like to leave a layer of ice and snow (here's the link to this idiocy) so that they protect the roads. The hell with the people trying to drive on the roads, is I guess the message. Sometimes I hate to live here. The only reason I am posting this on Anthony's blog is because he is off to school, for which I am grateful, and I assume he'll get all three hours in because they will never get it together to call an early dismissal before he gets out at 11:25. It's all very annoying, but HE is not - I just didn't get a picture of him this morning because we had were busy - with what, I'm not sure but I didn't get a snap of him. I'll try this afternoon, but I just wanted to NOT make that Sunday picture the first thing anyone sees - it's too depressing!